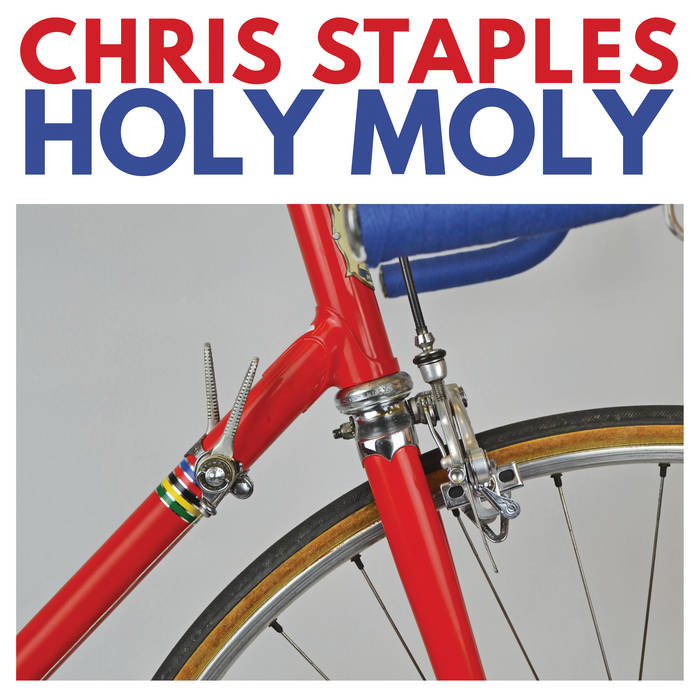 Matt Nichols i dunno how anyone can make their best record 20+ years into their career, but by jove! our dearest mr. staples has done just that. this man remains an endless source of inspiration, and his voice and words calm me in a way that select few ASMRtists are able to (and that religious gurus only wish they could). Chris deserves to be the biggest singer-songwriter in the world, but for those who know he's already top dog. Favorite track: Running Out Of Time.

sweetiedeed Chris Staples is an excellent song writer. I have all of his other albums and they just keep getting better. He has a very passionate yet pared down delivery, which I love. Favorite track: Old Friend.

“Holy Moly” was written and recorded
over most of 2018. I would work on it for
two months and then walk away for a
month. I kept coming back to it. I would
throw away a few songs, and keep the
best songs. I kept doing that until I had
a record. In January, right around when I
started working on the record, my
neighbor decided to start building a
house right next to my studio. They
were making entirely too much noise
for me to write or record in the day so I
started making music late at night. I
started working on a vampire’s schedule
from about 8pm to 4am every night.
Eventually they finished the house but I
was in too deep. I kept working at night,
months after the house was finished. I
finished mixing it in January of 2019.

Mastered by Jeff Lipton @ Peerless
Mastering
BC Campbell played piano and Rhodes
on "River in Reverse"
Art Layout by Kevin Woerner
Cover and back photos by Frameteller.it
Insert photo by Kyle Johnson

Thanks to my Barsuk Records family. It’s
a true blessing to have such great
people working alongside me: Emily
Alford, Josh Rosenfeld, Adam
MacKinnon, Lanie Graettinger, Grant
McCallum, Christopher Possanza, and
Jim Petosa.

Bandcamp Daily  your guide to the world of Bandcamp

Cannibal Corpse's George "Corpsegrinder" Fisher stops by for an interview